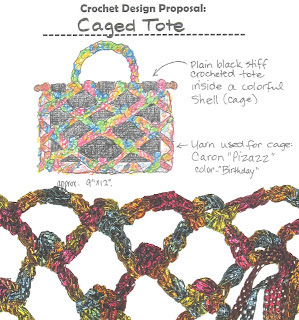 For the Helping Hands Silent Auction I entered the "Caged Tote" published in 100 Purses to Knit and Crochet ed. by Jean Leinhauser and Rita Weiss. It's fully lined, in fact it has a vintage Indian lining that doesn't show in these photos. I've included a few pics I took during the interlining process and a photo of the finished bag befor sending it off to the publisher. 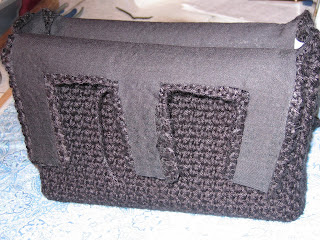 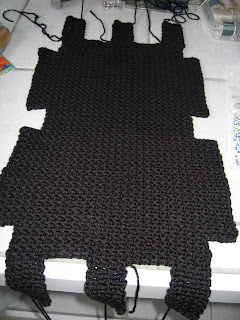 I've never participated in a silent auction before and wasn't prepared for seeing lists of bidders and their bids for the duration of the conference! I was squirmy and self-conscious about that at first, but then I recognized two of the bidders as designers I looked forward to meeting and did during Professional Development Day: Sharon Mann and Phyllis Sandford. That somehow made it seem more fun, like a game.

And then, it was a wonderful feeling 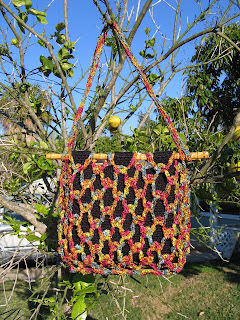 when the winner of the bag was announced because she would be taking my bag home and using it. I sure hope she puts it to use: I knew the publisher would be returning to me the 6 bags I made for the book. They are all well-finished so that they can hold a good amount of stuff without it poking through or pulling it out of shape.
I went over immediately to thank her for her winning bid and it was definitely worth it.
Posted by Vashti Braha